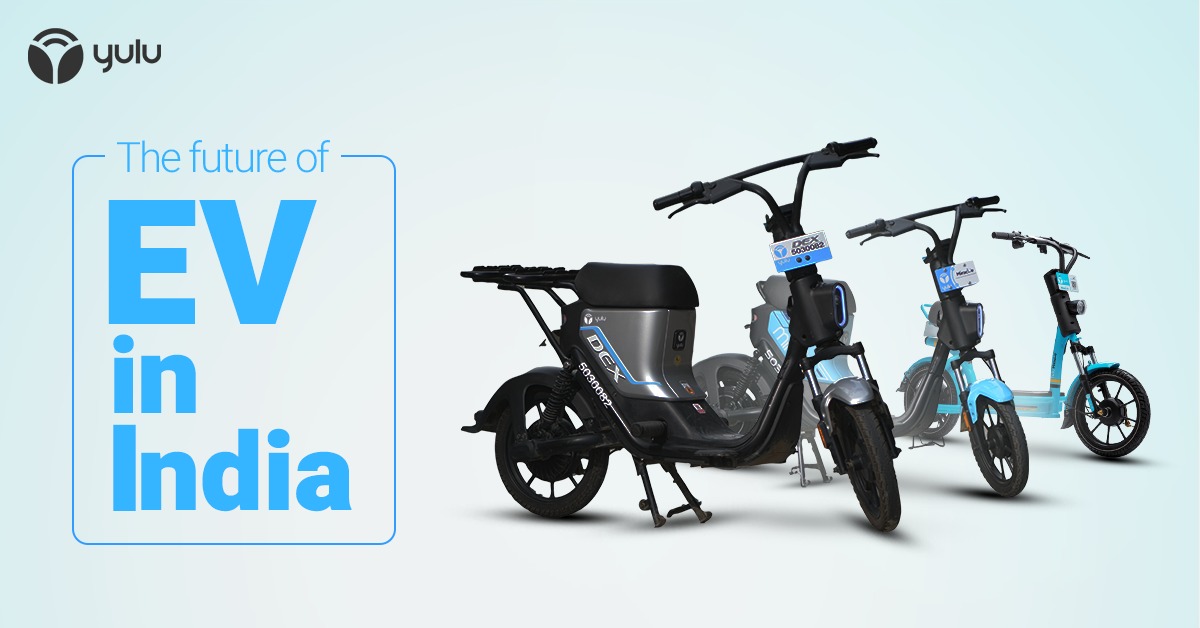 When Yulu first started, with its mission of seamless, sustainable and shareable urban mobility in India, the country still saw electric vehicles as something out of a science fiction novel. The technology, the mindset and acceptance was far too premature and Yulu has been a big part of bringing about reform in all 3 aspects.In many ways, the success of Yulu has acted as an accelerant to the electric revolution in this country. Since then, India’s Vehicle landscape has been making large strides when it comes to turning the world’s fourth-largest automobile market electric.

The catalyst to the shift towards a more environmentally friendly automobile market has been the FAME policy II aimed at promoting faster adoption and manufacturing of electric vehicles in the country .The aim as set out by this policy is to make the country the electric vehicle hub of the world and a 100% electric vehicle nation, by the year 2030.

Similarly, several state policies have also been introduced in the past year that further the entry of Electric Vehicles in the Indian mobility market. The demand for electric vehicles has been increasing every day with as many as 236,802 electric cars and 25,735 electric two-wheelers sold in FY21.

However, the country is still grappling with certain founded and unfounded issues with electric travel. Most people are concerned about range anxiety which is the concern for the number of kilometres an EV will run and how long the battery power will last. Another concern is  time anxiety. Customers are apprehensive about the additional time that it would take to charge as compared to refueling. The most prevalent concern, however, is that of charge anxiety, about whether or not the EV will even find a suitable charging station at the right time or place..

The lack of robust electrical charging infrastructure is therefore a focus point that needs to be catered to, to bring about this EV revolution. An ecosystem for the development of chargers, charging stations, and other services needs to be built. The charging infrastructure is the backbone of electric mobility but is also one of the key perceived barriers to EV adoption in India given its limited availability and long charging times.

There have been several policy interventions at state and central level to ensure deployment of charging infrastructure in the last few years. The most notable step has been to treat EV charging as a “service”. This means anyone can set up and operate an EV charging station without requiring a license.
Some policies also announced fiscal and non-fiscal incentives such as reduced tariff charges for the manufacture and operation of chargers. A separate category of ‘EV Charging Stations’ has also been added as a separate category under Tariff Order by electricity regulators.

Further, the Union Budget announced in July 2019, also saw the GST rate on EV charger/charging stations was reduced from 18% to 5%. The government, as of November 2020, is also planning to set up at least one EV charging kiosk at around 69,000 petrol pumps across the country to induce people to go for electric mobility.

There have also been significant business incentives given to large-scale fleet operators to develop strategic charging and digital infrastructures which is expected to garner both interest and investment.

In terms of the range of the vehicle, the advent of lithium-ion batteries has more than doubled the energy capacity of EVs. These batteries have much better lifespan and higher energy density. The average range of the electric two-wheelers was found to be about 84 km per charge and the average range of the electric cars was found to be 300 km, which is more than enough for day-to-day use. Lithium Batteries now also come with battery warranties of eight years, which was previously unheard of for EVs.  And even if the batteries were to die, they don’t need to be discarded but instead can be recycled and given a new life.
Our Yulu Miracles are powered by Li-ion batteries and run up to 60 km on a single charge costing merely 12 cents on average. Our on-ground team then takes care of the long battery life, thereby reducing production of e-waste.
With the consistent efforts taking place, Lithium-ion battery costs are also reducing. India is gearing towards in house production, which coupled with the correct investment in charging infrastructure, increasing the range of available options and reducing the cost of battery packs will significantly reduce the comparatively high prices of EVs.

Maintenance costs of EVs are also far lower than an ICE vehicle. For one, it runs on an electric motor, not a complex engine. Hence, it is 30 per cent cheaper to service and maintain. 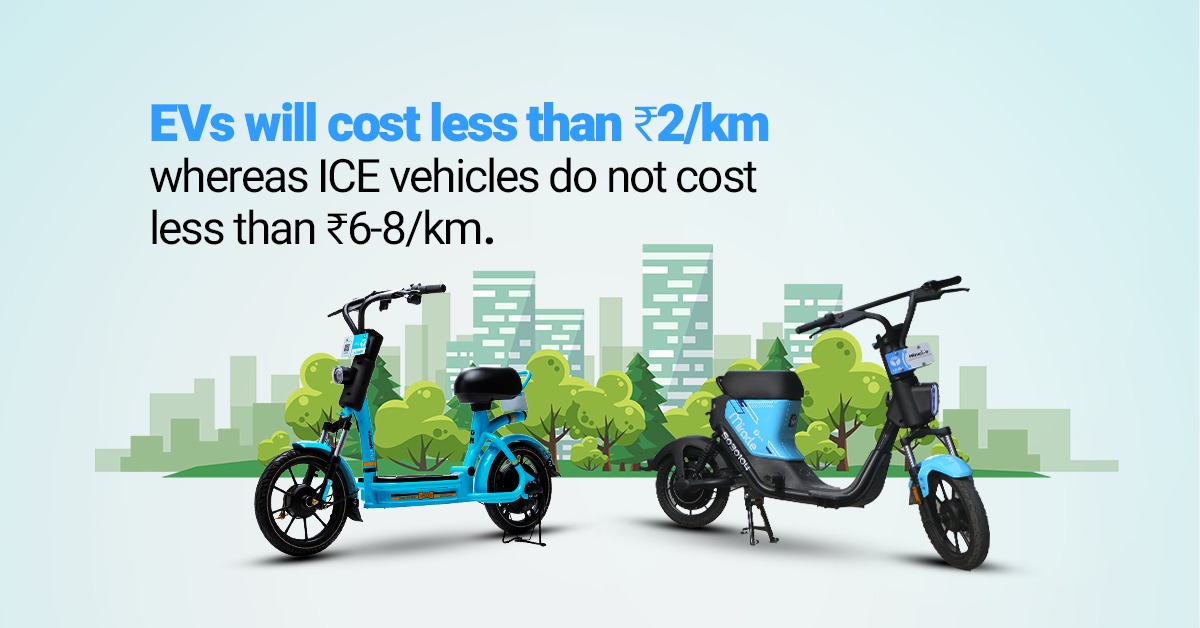 There has been a recent announcement by the Department of Science and Technology (DST) indicating that a new low-cost AC charge point will shortly be available in the Indian market.

“This development in low-cost EV charging will be a gamechanger in India’s EV transition. It does not require expensive electrical grid infrastructure and can be connected to the usual low-tension distribution network. This allows charging points to be set up anywhere across a city, without concerns of power supply availability. Finally, the low cost of the LAC device enables the large-scale deployment of charging points without requiring high investments. What all this means is that public EV charging need not be restricted to a few select locations- charging points can be installed across public parking spaces to create a dense charging network that is accessible and convenient to use.”

Though all these developments are taking us a step in the right direction, we still have a ways to go with respect to policy incentives to create demand.
Apart from monetary initiatives, EV policy should encourage demand creation through regulation and mandating proposals for taking over transport for the gig economy.
Increased participation of women in the gig economy has also grown proportionately and there should be policies created to enable that.

Yulu is India’s largest shared mobility service provider and has been serving women folk through their Low Speed Vehicles, which do not require any formal training or license.

Our mission is to provide these services to the daily commuters and gig economy workers of major cities, to help them achieve their goals and enable women to be a part of the gig economy.

All these recent developments in India’s EV Ecosystem gives hope for an imminent EV takeover, which at Yulu, has been our mission from the start.

With 5000+ electric bikes, Yuluites have saved 7,000 metric tones of carbon emission by traveling a total distance of 75 million kilometers which is the equivalent to planting almost 1,00,000 trees. We are committed to helping India move towards a sustainable future and we hope these efforts grow by leaps and bounds and India achieves its goal of being a 100% electric nation by 2030. 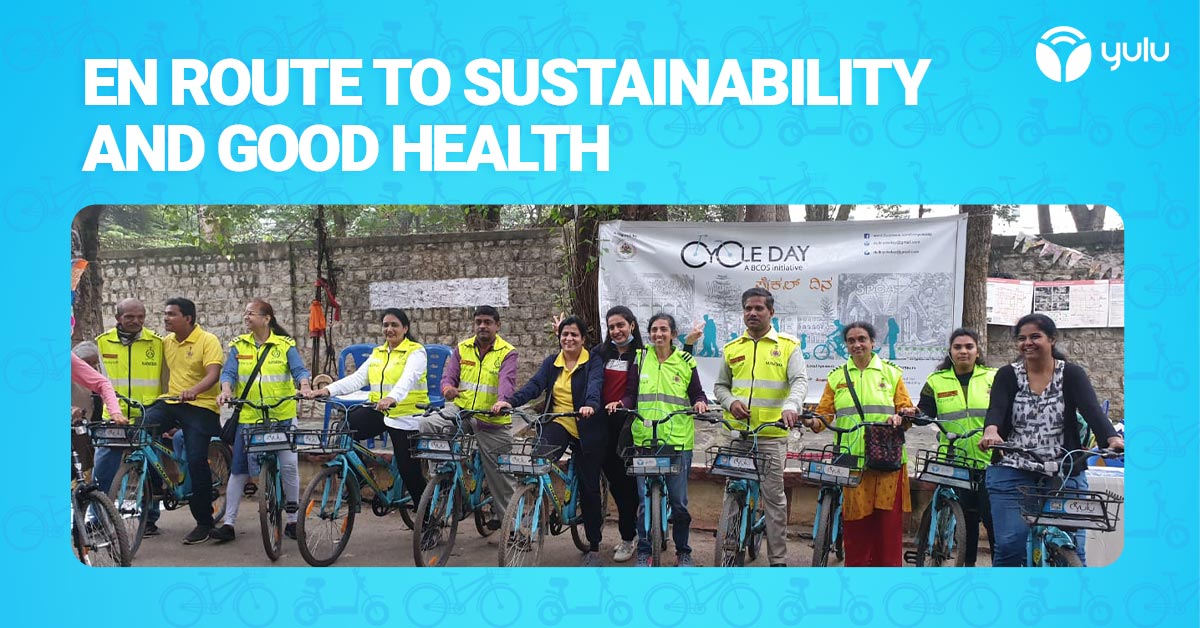 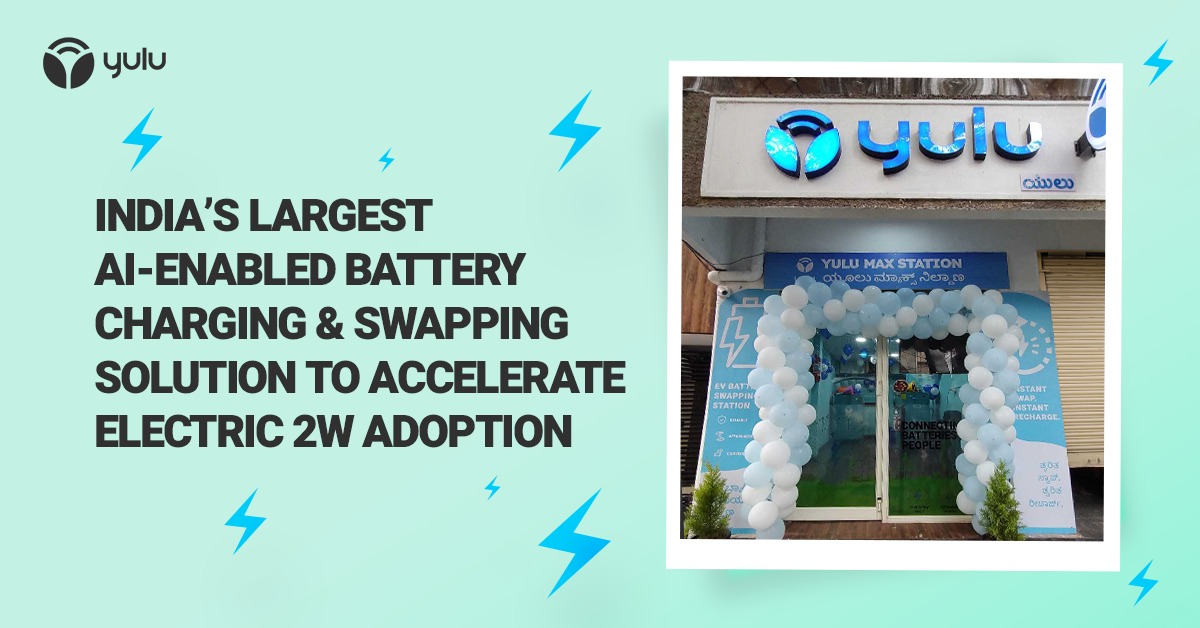 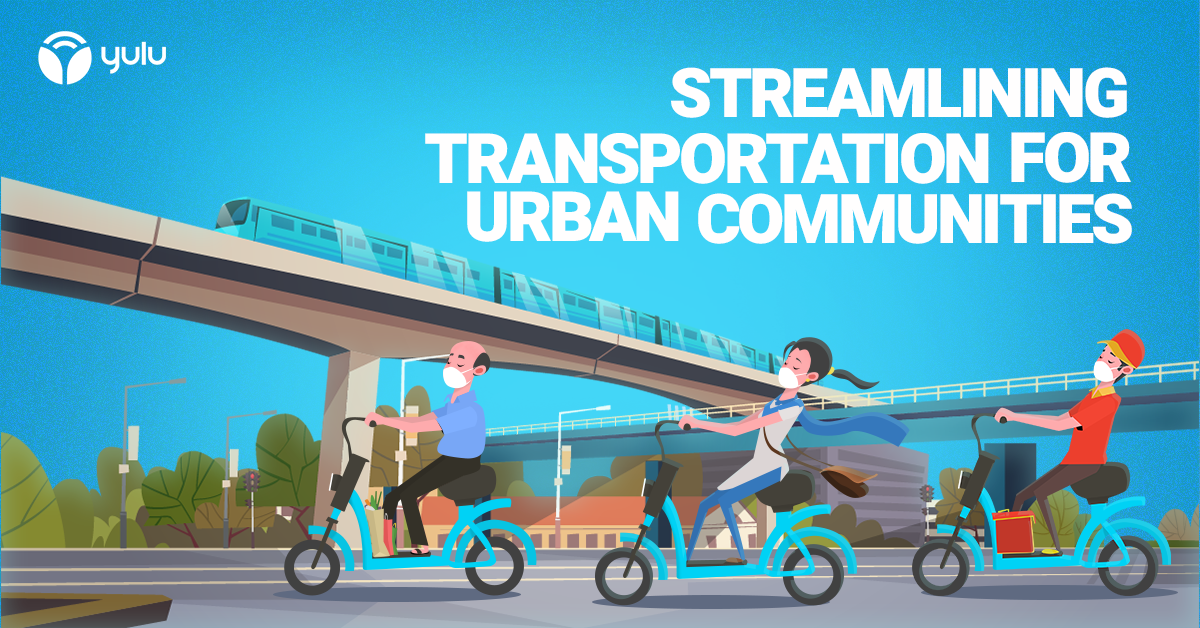 Mobility as a Service: The next breakthrough in streamlining Public Spaces 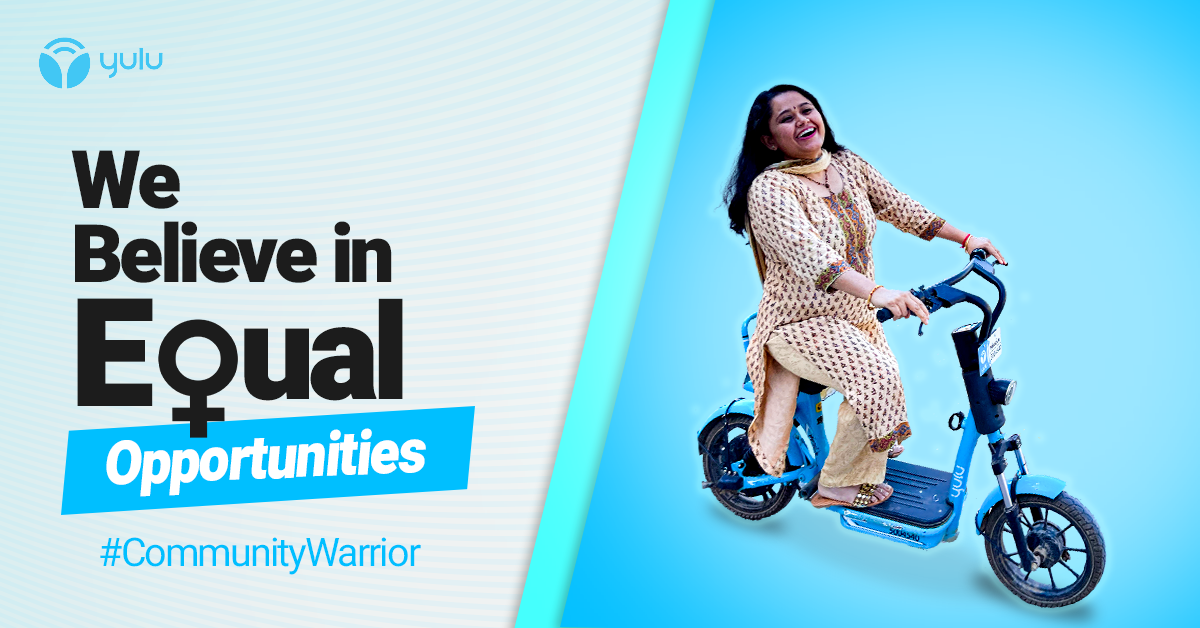 Community Warrior – 2: Yulu and Her